This year, health-care reform has emerged as a major topic in the presidential election. While the candidates promote their own plans while criticising their opponents, the fundamental question is: what are the most significant issues? In an emergency, as doctors, we don’t lose sight of the most important parts, the ABCs, or airway, breathing, and circulation. Focusing on the essentials of healthcare reform can help to simplify what could otherwise be a complicated issue. The following challenges must be identified and addressed in order to improve our healthcare system.I strongly suggest you to visit Doctor to learn more about this. 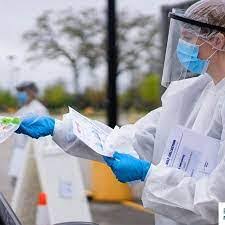 We aren’t getting the greatest bang for our buck when it comes to healthcare. We consistently spend more per capita than any other industrialised country while having the lowest outcomes. According to a 2007 analysis by the National Committee for Quality Assurance, 75,000 insured Americans died prematurely as a result of not receiving the same level of care as the best-performing health plans. They would still be alive today if they had registered. We will have failed if we continue to subsidise a system that encourages mediocrity. We should recognise and reward hospitals, physician groups, and insurers that consistently provide the correct care at the right time, as well as encourage others to do so.

The financial incentives in our healthcare system must shift. Primary care physicians are in short supply to meet future demand. Current and future retirees are living longer and experiencing more chronic ailments than previous generations. At the same time, due to hefty medical school loans and lower reimbursement than specialists, fewer graduates want to pursue this specialisation. Doctors are compensated for performing treatments rather than for thinking or providing advice, which disadvantages primary care specialists. Only 27% of resident physicians who completed a three-year residency programme expected to become internists in 2003, compared to 54% in 1998. According to studies, countries, healthcare organisations, and individuals who primarily rely on primary care physicians save money.

Everyone should be obliged to get medical coverage. The essential reality of insurance is that everyone is responsible for the minority of people who are at danger of suffering a negative outcome. Individuals would just jump in when expensive medical treatment was required (i.e. pregnancy, cancer) and leave when the situation improved if health insurance was not necessary. The expense of health care would skyrocket. To avoid this type of discrimination, everyone will have to pay into the system.